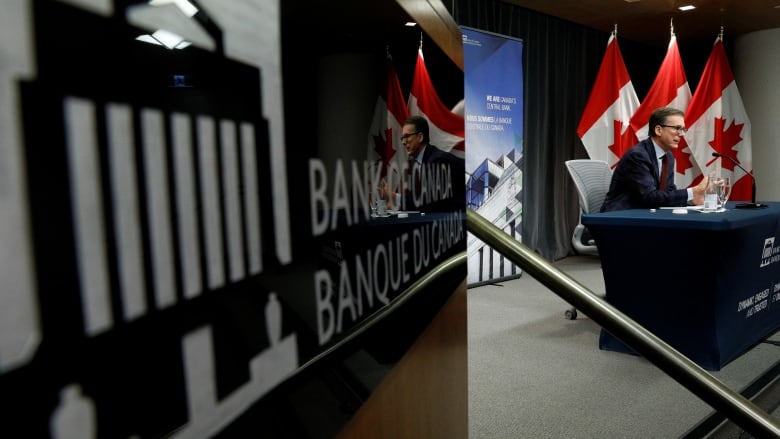 What a difference a day makes in the outlook for the Canadian economy.

Earlier this week, some economists were predicting that the Bank of Canada’s Tiff Macklem would cut interest rates again when presenting Wednesday’s Monetary Policy Report.

But while Canada’s chief central banker warned that a resurgence in the effects of the pandemic was sending the economy further down, prospects for a vaccine-led recovery meant Canada would see a sharp return to growth later this year and next.

And while borrowers did not benefit from the “micro-cut” some had predicted — what Macklem carefully described as reducing already low rates “to a lower but still positive number” — perhaps more important for ordinary Canadians was his assurance that the bank-set interest rate would not rise.

And that reassurance came despite the central bank’s outlook of a startling transition from a shrinking economy in the first three months of the year to extraordinarily strong growth of four per cent in 2021 and five per cent next year.

In a previous meeting with reporters at the end of last year, Macklem based his forecast on the assumption that a vaccine would not be widely available until 2022 and that the economy would be scarred by the impact of the virus on jobs and businesses. But this time, there was no talk of scarring.

“Certainly the earlier-than-expected arrival of the vaccine is a very positive development,” the Bank of Canada governor said. “But we’re starting off in a deeper hole.”

Some economists have suggested that a strong rebound of the type Macklem and the bank’s Governing Council foresee would lead to a new burst of inflation that would require the bank to raise interest rates. There have been worries, including from the real estate industry, that a hike in the rock-bottom rates that have allowed Canadians to afford large mortgages would lead to a sudden slowdown.

But Macklem offered several reasons why that was unlikely to happen, for a while at least, and probably not until 2023.

For All The Homes In Your Life